Samdech Techo Hun Sen conveyed greetings from His Majesty Norodom Sihamoni, King of Cambodia, to H.E. Ms. Bidhya Devi Bhandari and thanked her for the congratulatory letter on the occasion of the 65th anniversary of Cambodia's National Independence.

The Cambodian Premier told H.E. Ms. President of his first ever visit in Nepal, through which, he hoped, the bilateral relations between the two countries will be further tightened. He also briefed her on the outcome of his meeting with his Nepali counterpart, during which four cooperation deals, including the agreement on visa exemption for diplomatic and official passport holders, agreement on air transport, memorandum of understanding on consultations between both countries’ Ministries of Foreign Affairs in the fields of politics and economy, and memorandum of understanding on cultural cooperation, were signed to boost both nations' cooperation.

Samdech Techo Hun Sen thanked the Nepali government for having provided a land lot for Cambodia to build a pagoda, adding that he wished to come back to Nepal with his family and visit that Cambodian pagoda.

The Prime Minister took the opportunity to extend on behalf of His Majesty the King an invitation to H.E. Ms. Bidhya Devi Bhandari to pay a visit to Cambodia at her appropriate time.

For her part, H.E. Ms. Bidhya Devi Bhandari accepted the invitation and praised Samdech Techo Hun Sen's leadership, which has brought about peace, political stability and development to the country.

Samdech Techo Hun Sen arrived in Nepal on Nov. 29 for an official visit and the “Asia-Pacific Summit 2018-Nepal”. 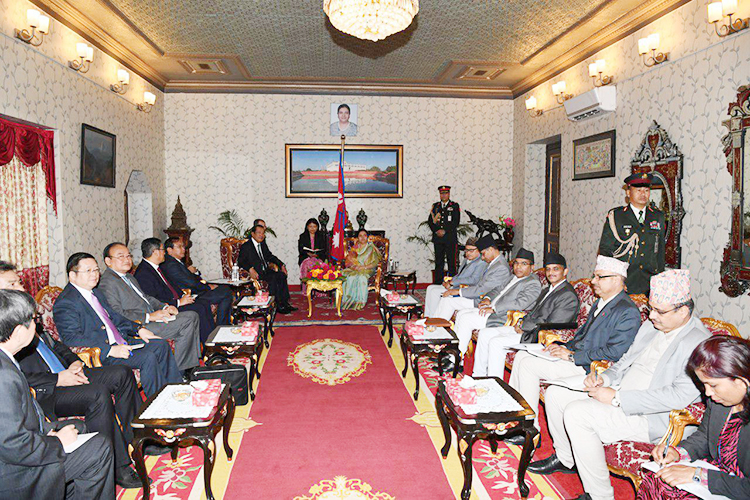