This is another great pride for Cambodia resulted from the efforts of the Royal Government of Cambodia under the wise leadership of Prime Minister Samdech Akka Moha Sena Padei Techo Hun Sen, said the Ministry of Culture and Fine Arts in an announcement issued this afternoon.

Lkhon Khol Wat Svay Andet is practised in one community surrounding a Buddhist monastery, Wat Svay Andet – located about 10km east of Phnom Penh on the Mekong River – and is performed by men wearing masks to the accompaniment of a traditional orchestra and melodious recitation. The specific aim is to propitiate the Neak Ta (guardian spirits of a place and its people), thereby protecting and bringing prosperity to the community, its lands and harvest. When Lkhon Khol is performed, spirit mediums are present and facilitate interactions between the Neak Ta, performers and villagers. When the spirits are satisfied with the performance, villagers are blessed by them; otherwise, the dancers stop, the music continues, and the audience falls silent and carefully listens to the spirits. Lkhon Khol is performed for ritual purposes, mostly linked to the cycle of rice farming and the needs of farming communities. The practice is transmitted orally within the community, and the Head Monk and retired primary school principal recently initiated additional weekend classes and started writing down scripts for selected episodes. After generations of transmission, however, several factors now threaten the viability of the element, including environmental factors, insufficient resources, economic migration from the community and a fourteen-year break in transmission from 1970 to 1984 due to the war and the Khmer Rouge regime. 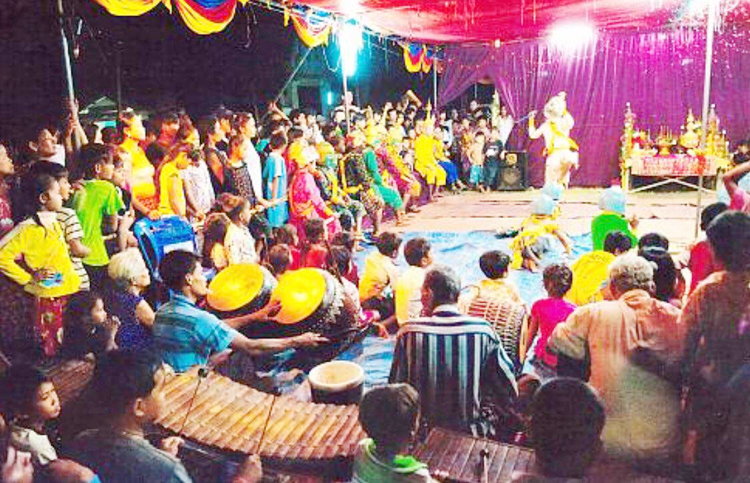 Sports and Tournaments Put on Hold...