Cambodia launched here on Aug. 7 evening the commencing day for the 1,000 day countdown to the 32nd SEA Games to be hosted by the country in 2023.

The logo-mascot winners for the 2023 SEA Games and ASEAN Para Games 2023 were also announced and awarded on the occasion. The two winners received each 20 million Riel (about US$5,000).

Addressing the function, Samdech Tea Banh said there are only 1,000 days left for Cambodia toward the 32nd SEA Games in 2023. “It is a valuable time for the specialised commissions and relevant parties to get ready,” he underlined.

Samdech Tea Banh called upon all municipal and provincial governors who are CAMSOC’s vice presidents to disseminate the logo-mascot to the people across the country along with the campaigns of “One Citizen, One Sport”, “Clean Cambodia, Good Hospitality”, and illicit drug and road traffic accident reduction.

H.E. Thong Khon, Minister of Tourism and Permanent Vice President of CAMSOC, senior officials of the committee and other relevant delegates were present at the event. 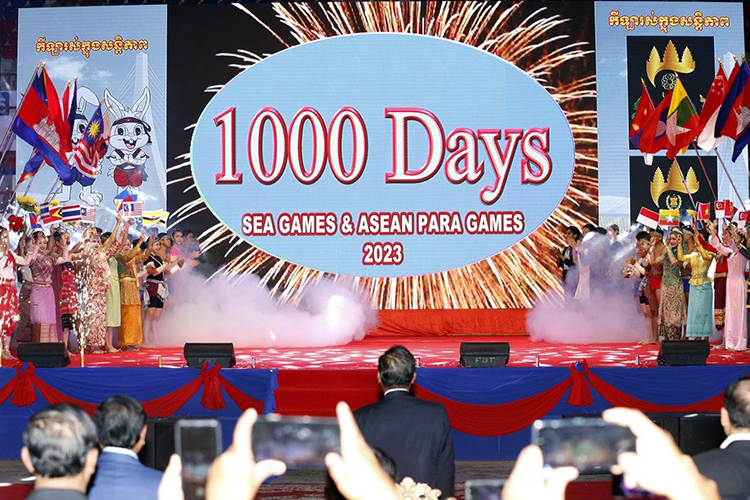 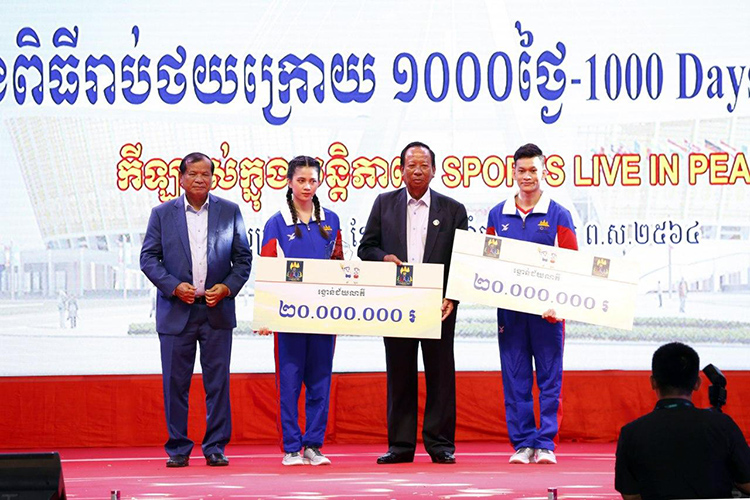 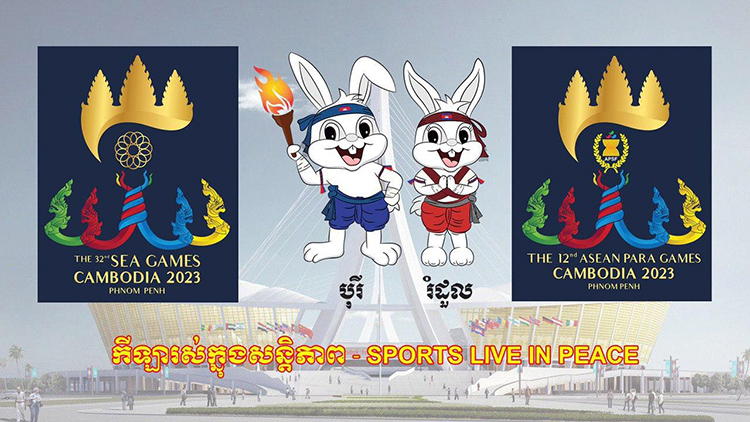