The head of the Mekong River Commission (MRC) says extreme weather is among pressing issues that are “highly critical and urgent” for the region.

"This event, along with the extreme flooding of communities along the Mekong at the end of August 2019 from tropical storm PODUL, and the increasing number of droughts that occurred in many parts of the region in recent years, are ominous signs that our region is facing increasing risk from extreme weather events,” he said.

“It is my hope that significant improvements in our regional hydro-meteorological monitoring network and flood and drought forecasting systems will enable us to be better prepared to cope with these extreme events.”

Expanding the MRC’s Regional Flood Centre in Phnom Penh to include drought and the approval of a Regional Drought Management Strategy “will further enable us to overcome these challenges more comprehensively,” he said.

The MRC chief also said that a Joint Environmental Monitoring Programme for the Xayaburi and Don Sahong hydropower dams in Laos would start this year. These are the first two mainstream dams in the Lower Mekong Basin.

Dr. An Pich Hatda meanwhile noted a “new level of cooperation” between the MRC and China under the Lancang-Mekong Cooperation (LMC) initiative.

The MRC Council — environment and water ministers from Cambodia, Laos, Thailand and Vietnam — joined counterparts from China and Myanmar in the first LMC ministerial meeting on water resources last year.

In addition, the MRC Secretariat in Vientiane signed a memorandum of understanding (MOU) with the LMC Water Centre in Beijing.

As an observer, the MRC will be able to “ensure there is information sharing, mutual support and working complementarity between the two,” a statement said.

Released to accompany the annual report, the statement said the MOU had taken two years to negotiate and would allow both sides to “conduct data and information exchange, basin-wide monitoring, and joint assessment on Mekong water and related resources."

China has also agreed to continue providing water-level and rainfall data to the MRC during flood season from June 1 to Oct. 31, the statement said.

The Chinese data has enabled Cambodia, Laos, Thailand and Vietnam to “strengthen their river water-level monitoring and improve the accuracy of flood forecasting as well as mitigate the negative effects of flooding,” it added. 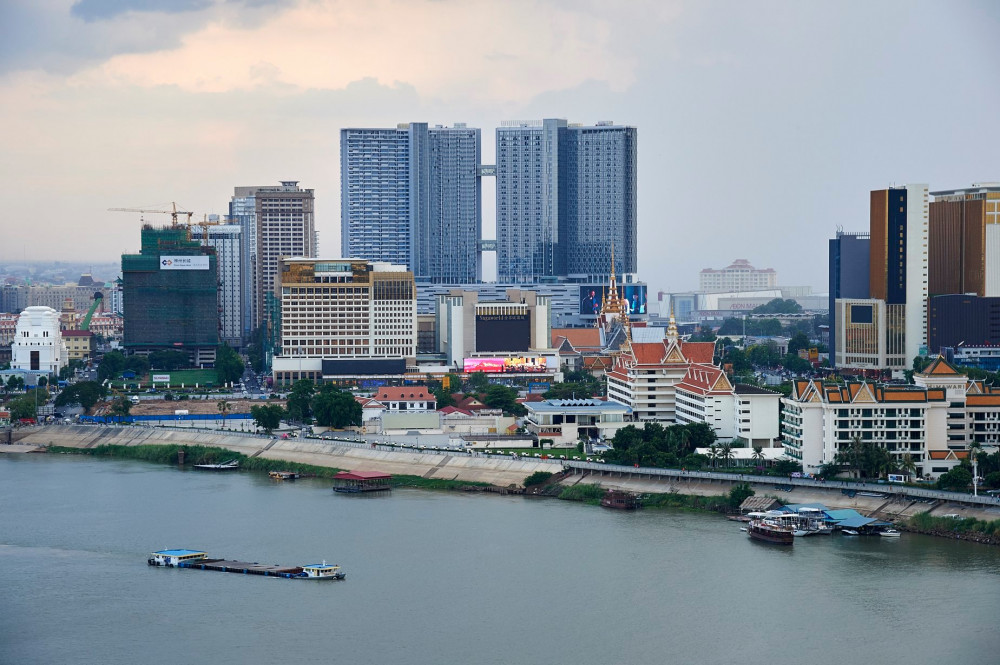 A ferry is seen transporting sand along the confluence of the Mekong, Tonlé Sap, and Bassac Rivers in Phnom Penh, commonly called Chaktomuk. (Photo: MRC)

NEC: 2022 Voter Verification and Registration To Start in Oc...